Cinco de Mayo celebrates the Mexican victory over French forces in 1862, but now days it seems to be a day where everyone eats and enjoys Mexican food! We are no exception to that as we both love the foods of Mexico. Since Cinco de Mayo is next week, I thought I would share with you my recipe for Pork Fajitas. Most restaurants feature fajitas with either steak or chicken which puzzles me because pork is very commonly served in Mexico. Pork loin is low in fat, inexpensive and delicious, so why not use it in your fajitas? Pork absorbs the savory spices of the marinade well, and cooks quickly so it is my choice for these fajitas. This will make four good sized fajitas. I can just manage one, but Sparky ate two and declared he was stuffed! A plate of nachos made with homemade Pico de Gallo rounded out our meal. Let’s celebrate Cinco de Mayo at home with a plate of Fabulous Pork Fajitas! 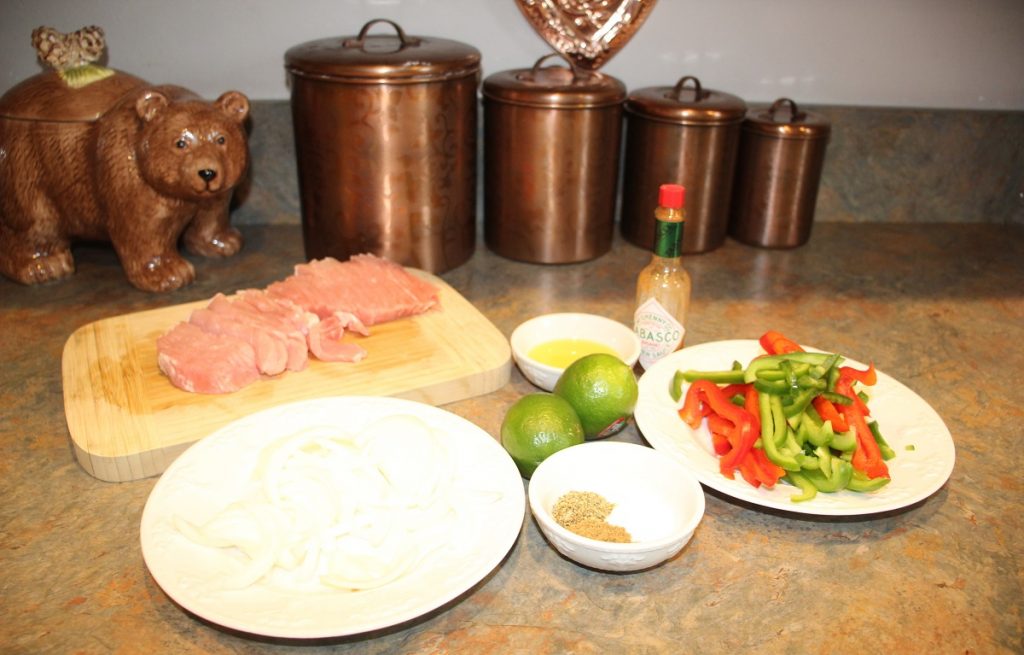 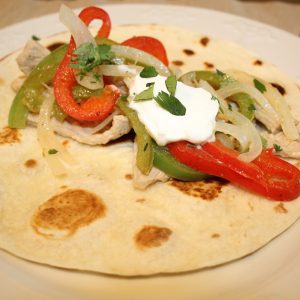 Marinated in lime juice, orange juice, garlic, cumin and oregano, the sliced pork has a bright citrus note to it with the earthy flavors of oregano and cumin rounding out the flavor profile. Use any combination of sweet peppers you like. I just happened to have both red and green on hand. I also snuck in half of a jalapeno because it was sitting lonely in the fridge. I use a large yellow onion instead of a sweet onion because I enjoy the sharper taste. Anyway you like it, these are so tasty, go together quickly and really economical. I use boneless pork loin chops that I froze for 30 minutes which made slicing them a breeze.
Print Recipe Pin Recipe
Prep Time 10 mins
Cook Time 7 mins
Total Time 18 mins
Servings 4 servings