Bulgar Pilaf is a wonderful alternative to my usual Rice Pilaf. I use essentially the same ingredients but substitute bulgar wheat for the rice. Bulgar is whole wheat that has been cooked and dried. The bran has been partially removed then the wheat is cracked into coarse crumbs. Bulgar has a nice chewy texture and a nutty flavor that accepts whatever seasoning you add to your recipe. You might know bulgar best as the main ingredient in Tabbouleh, that delightful middle eastern salad.

Having some “down” time I decided to clean out and organize my pantry. Yikes! I should have done this months ago. Amazing what I found including not one, but two bags of bulgar! Bulgar cooks quickly so in about twenty minutes you have a lovely side dish that serves 4-6 people. It pairs wonderfully with chicken, pork or beef. To accentuate the nutty flavor of the wheat, I decided to toast a handful of pecans and toss them in after the pilaf was cooked. Real tasty! You can make this a vegetarian dish by using vegetable broth instead of chicken broth. 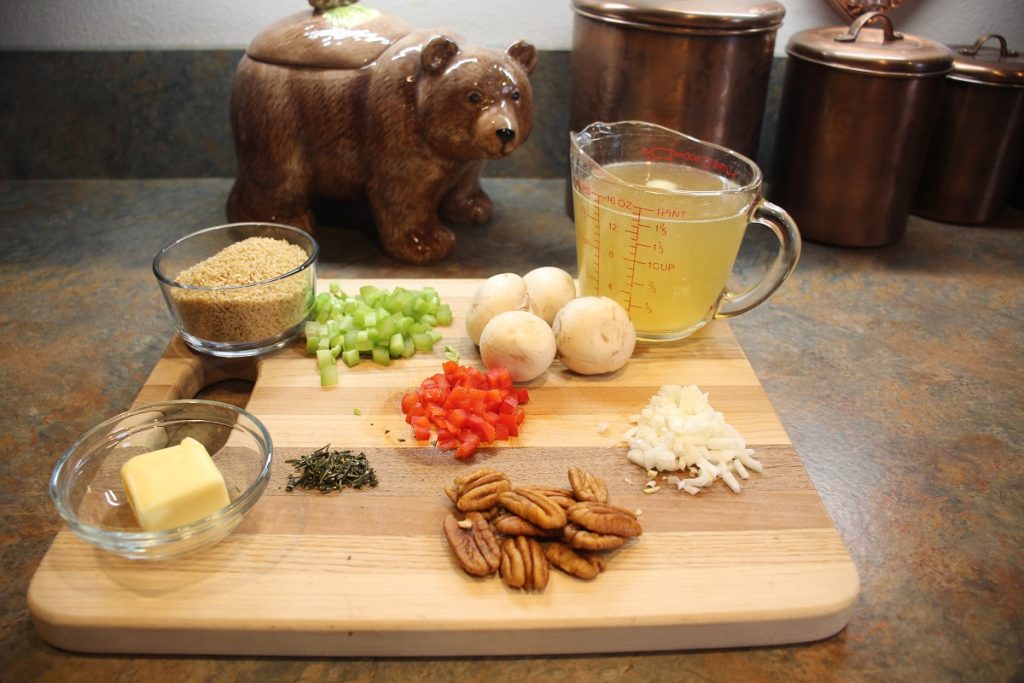 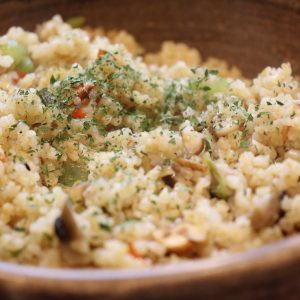 Seasoned with celery, onion, and red bell pepper, this pilaf is sure to please! Add in the earthiness of mushrooms, top with toasted crunchy pecans and this side dish is a welcome change from rice or potatoes. It can be made in advance, then reheated, just save the pecans to toss in last.
Print Recipe Pin Recipe
Prep Time 10 mins
Cook Time 20 mins
Total Time 30 mins
Servings 4 servings